Soul Fire is a three piece Rock band from Atlanta, Georgia. Soul Fire consists of: Hart Deer-Vocals/Guitars, Paulie Travis-Bass, Mike Zion-Drums. Soul Fire has been playing together in its current incarnation since early 2016, when original members Mike Zion and Hart Deer were introduced to Paulie Travis, and the long awaited formula for musical dynamite was complete. With dozens of rich and dynamic songs under their belt, Soul Fire has been reaching out to listeners and fans through gigs and festivals, and leaving their mark on Atlanta’s music scene, and throughout the Southeast.

All three members of Soul Fire have classical training.

Hart Deer, the bands founder/creator has been playing and composing music all of his life. He started out studying piano, voice, and theory, and later took up guitar. 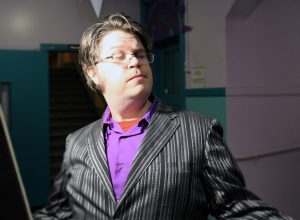 Paulie Travis started on piano as a child and has been playing bass for many years. He is also an audio engineer and is largely responsible for the band’s live and studio sound.

Mike Zion also started on piano as a small child and took up drums at the age of 13. He brings eclectic musical influences to the band through his drumming including Jazz, Funk, Rock, Hip-Hop, etc.

Soul Fire’s mission is to enlighten the world and themselves through music.